Moonlight in Vermont: An Outdoor Fancy Show was a celebration of influential jazz standards and the popular music of “The Great American Songbook” brought to you by Lyric Theatre, the Vermont Symphony Orchestra, and ECHO: The Leahy Center for Lake Champlain. Performed by a string quartet from the Vermont Symphony Orchestra and one keyboardist, celebrating the music of Cole Porter, Irving Berlin, Rodgers & Hammerstein, Jule Styne, Betty Comden, Dorothy Fields, Meredith Willson, and more!

The Great American Songbook holds historical significance: we played it on our home pianos during the Great Depression, we listened to it on radio hours as breaking news pertaining to not one but two world wars interrupted broadcasts. Now, nearly a century later from the start of the canon, we are beginning to (cautiously) emerge from another nationwide trauma, and within us and this music are stories of resilience. These songs, their melodies and lyrics have not only become cultural touchstones, but personal ones as well.

Sold out, moonlit, live performances outdoors on the Dealer.com Terrace, accompanied by “Museum After Dark” access provided by presenting partner, ECHO on the following dates. 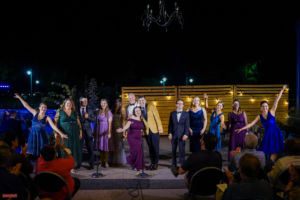 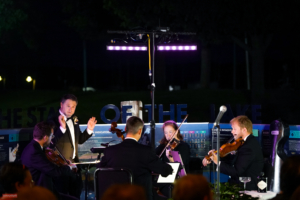 Looking for the Heart of Saturday Night

Songs for a New World

The Story of Love – Musical Cabaret